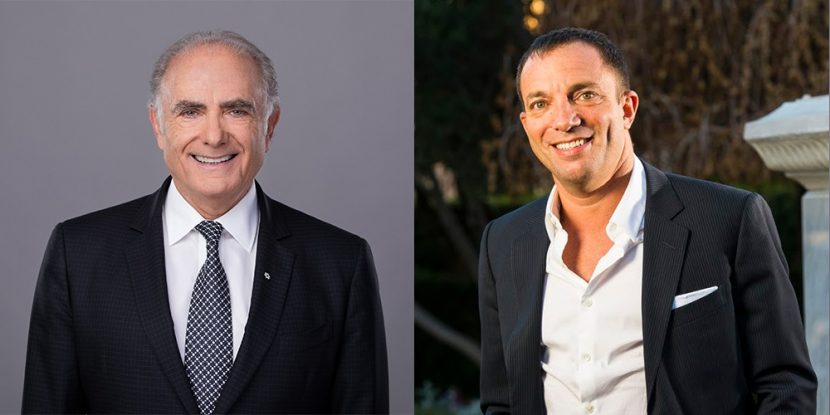 “We are extremely pleased to have someone of Calin’s extraordinary business and aviation experience support Jaunt Air Mobility,” said Martin Peryea, CEO at Jaunt. “His vision and global understanding of aerospace, aviation, and capital markets should help to accelerate our evolution as a leading eVTOL company (electric Vertical Takeoff and Landing) “.

“Moreover, to have a highly successful tech and growth capital investor such as Mitch Garber also join us is extremely exciting,” commented Eric Cote, president of Jaunt Canada. “Mitch’s business acumen, experience with emerging businesses and insight into tomorrow’s technologies will add enormous value to the future success of the Jaunt Journey.”

Calin Rovinescu served as President & CEO of Air Canada from 2009 to 2021. Skytrax recognized Air Canada as the Best Airline in North America in eight of 10 years under Calin’s leadership and as the only four-star network carrier in North America. While at Air Canada, Rovinescu also served as Chairman of the Star Alliance Chief Executive Board, the controlling body of Star Alliance, the world’s largest global airline alliance and as Chairman of the Board of Governors of the International Air Transport Association. He was previously a co-founder of Genuity Capital Markets, an independent investment bank now part of Canaccord Genuity Group Inc. and before that the Managing Partner of Stikeman Elliott, a leading Canadian Law Firm. In 2021, he was inducted into the Canadian Business Hall of Fame.

“I have been impressed both by Jaunt’s innovative but practical aircraft design, combining helicopter and fixed-wing aircraft flight capabilities, and the team’s entrepreneurship and understanding of what is required for certification, commercialization, and market penetration in this new and emerging eVTOL industry,” said Calin Rovinescu. “I am especially pleased with the company’s plan to include Quebec and Canada in the design and manufacture of these aircraft involving new battery technology, digital capability, and advanced engineering. Jaunt will be a catalyst for quality jobs within the green economy and will continue to advance Canada as an innovative and transformative global aerospace player,” concluded Mr. Rovinescu.

Mitch Garber has recently made several early-stage investments in what have become innovative unicorns and deca-corns such as Playtika, Snowflake, Datadog, Pipe.com, and Relativity Space. Mitch has led public companies on the Toronto, London, and Nasdaq stock Exchanges. He is a frequent co-investor and board member in large private equity transactions alongside Apollo Global Management and TPG. He is also a minority owner and executive committee member of the NHL Seattle Kraken and the Chairman of Invest in Canada.

Garber explains, “Cloud computing, rocket/space, and mobile games are examples of areas of high growth where we’ve been fortunate enough to back the right players. EVTOL air taxis is an obvious next-gen hyper-growth area, and my wife and I have part of our investment portfolio focused on ESG and supporting Quebec/Canadian companies. Quebec-based Jaunt Canada caught our attention with its new form of green, clean aviation technology. It is an opportunity to build a transportation system that changes how we move and facilitate a greener efficient global economy. It leverages the unique assets of Canadians and our aerospace heritage, and the experienced team at Jaunt demonstrates an in-depth understanding of the business and the future.”

Jaunt Air Mobility is a transformative aerospace company headquartered in Dallas, Texas, with design and manufacturing located in Montreal, Canada. Jaunt is building the next generation of eVTOL (electric Vertical Takeoff and Landing) and hybrid-electric VTOL aircraft for faster, quieter, and safer travel over urban areas, moving people and packages. Jaunt is the global leader in developing Slowed-Rotor Compound (SRC) technology. The Jaunt Journey is the world’s first electric aircraft combining helicopter and fixed-wing aircraft flight capabilities. Jaunt has teamed with Tier 1 aviation partners to develop the Journey and work with global operators to provide this new form of travel. Jaunt offers the most operationally efficient aircraft with a zero-carbon footprint. For more information, visit www.jauntairmobility.com.

About The AIRO Group